Human Rights Protection Foundation, Udupi has started A Petition to the Governor of Karnataka to "Order the government of Karnataka to obey the Supreme Court Order in the  Akku Leela case". We need you to sign the online petition and help Akku and Leela finally get justice.

Will you take 30 seconds to sign it right now? Here's the link:
Petition

Here's why it's important:
The Supreme Court has ordered Govt. of Karnataka to Pay the salary of Ms. Akku and Ms. Leela which has been denied to them right from 1971. The Supreme Court order is three years seven months old. The poor women are struggling to get justice for the last 42 years.

I believe not many of you would know the classic case of how the “high-handedness” of a few officials has affected the lives of two illiterate women in Udupi.
The two women, Akku and Leela, have put in about four decades of service as scavengers at the Government Women Teachers‟ Training Institute on a monthly salary of Rs. 15/-. When they joined the institute in 1971, they were told they would be paid a basic salary of Rs.15/- a month until the government officially approved their appointments and then they would receive their full pay backdated to the day they joined.
Even after a year, they had still not had their jobs officially approved. They wanted to quit. The principal pleaded with them to stay and promised they would receive more than Rs. 30,000 as
back wages and they would be appointed on a permanent basis. He warned them that they would lose this if they resigned. The women continued cleaning the lavatories.
Their plight came to light after Dr. Ravindranath Shanbhag, President of Udupi-based Human Rights Protection Foundation (HRPF), took up the matter and created public opinion against this injustice.
In 1999 with the help of HRPF, the women approached the Karnataka Administrative Tribunal (KAT) seeking relief. As a result, the Education Department stopped paying them even that meager salary of Rs. 15/-.
Now, after 14 years of legal battle, the women have three judgments including Karnataka
High Court and the Supreme Court in their favor. Every court has asked the government to pay
them their due right from 1971 till their retirement.
Since the government has not paid their salary, the ladies have approached the Supreme Court with Contempt of Court Petition.
[ Source : HRPF Bulletin 5, Editor: Nivedita ]

For more details, please read this :
The Hindu report :- Two women working for Rs. 15 a month for 42 years

The Times of India report :- Working as sweepers to earn just Rs 15 a month for 40 years

The Telegraph report :- Indian 'untouchables' paid 17p a month for life by authorities to clean lavatories

Mail online :- Two women have applied to the Guinness World Records for the lowest salary in the world 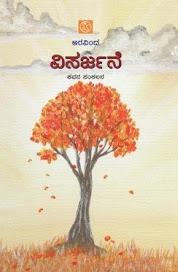